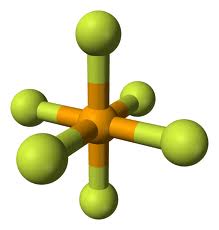 Constant:
If we do not want the value of a variable to change in java, after it is initialized.

Java provides a keyword called final that can be applied to a variable declaration to ensure that the value stored in the variable can not be changed.

After the variable has been initialized. Once a variable is having final modifier it is impossible to change it’s value.

If tried, JVM will throw an error and reject the updated value. So Constant are those kind of variable whose value can not be changed or they hold fixed values during execution.

They refer to the final variables whose value can not be changed during run time.

It is also legal to apply the final modifier to local variables and formal parameters. But it is very useful in number variables.

The readability of the code is greatly enhanced with using a named constant.

Java constants can be divided into four broad categories:

Hexadecimal Integer Constant is a sequence of digits preceded by 0x or 0X .

Mantissa is either a real number expressed in decimal notation or an integer.

Exponent is an integer with optional plus or minus sign.E can be written in lowercase(like e) or uppercase (like E).
However there is no space is permitted inside the expression.

Numbers enclosed inside single quote is not equal to number.

The consists of two characters known as escape sequence.

3. Symbolic Constants :
When we want to define an unique constant that may appear in number of places (like pi=3.14),we may face two issues:

In order to avoid these issues we use Symbolic constants.
The best practices for Symbolic Constant declaration:
See also  Class NoSuchMethodError in Java
Powered by Inline Related Posts

The definition of an enum is given as:

Technically Alignment is a class having three constants like below:

The only problem with this enum is that JVM has no way of knowing that we intend the value of the variable to represent an Allignment.
As a result it will not throw error if the value that is assigned to the variable is not one of the three valid alignment values.
With the enumerated type, only values that can be assigned to a variable type.
Alignment are the constant values that are listed in the definition of the enumerated type.
As a result any attempt to assign an invalid value to the variable is a syntax error which the compiler will detect when the code is compiled.

One thought on “Constant Concept Simplified in Java”