A pilot project is a case study on a given problem statement based on different tools, situations.

Piloting a test automation project is to try out tools and find out the best tool or tools combination for automating different scenarios.

The output come of a pilot project is a successful /unsuccessful conclusion. There is no such failure is a Pilot. It is all about learning the incompatibility to provide solution for a given problem.

In that case we need to look for another tool for this automation.Sometimes despite of putting all effort,thing may go in wrong way due some factors on which we do not have control.

Use this experience for future design.Based on the outcome of a pilot project, we get direction to use the tool for production.The real project starts.

All findings,learning,experiences need to be put together to drive the real project.It is an iterative process to understand if the tool and the application is working fine together.

Now with these guideline the next question comes which should be considered to Pilot project?

In pilot project we mostly need to automate the smoke testcases. Make it as easy as possible, around the GUI aspect- dropdowns,popups,menus,lists,etc(controls), then Edges(Certain,definite,number of edges).

Every edge connects two consecutive components.Every two nodes or controls of G joined by an unique path.
So control( C)=number of edges+1.
Total testcases could be covered=Controls-1.

In GUI we do not have statement coverage rather we have control coverage. Picking up easy staff to automate that provides value and quick feedback should be the first one to pick up.

This will give all the stakeholders a comfort layer to think more.
Then try to make wrappers around those. Once they are done, pick up few functional testcases. Somebody may ask “why we need to work with controls?”

The reason is simple. start with small step forward by targeting the only single important flow. Lean and mean approach to follow in pilot.But at the same time do not loose the bigger aspect of automation.

There are two aspects to it:

The tests which are repeatable in nature ,lengthy and boring should be the first choice. This cases are the pain key areas of manual process. Once automated, they will bring more value add. Next comes the complex cases.Introducing automation for a quick win may destroy automation for a long term.

READ  What is Unit Testing?
Powered by Inline Related Posts

So be very careful on this.The only success criteria for a successful automation in Agile is “One Goal for All”. Everybody in the team(Dev,testers,business analysts,owners etc have some role to play.).

Agile way of developing software is not not the only criteria.Clear communication,impact area analysis ,Relationship between team members,building automation script criteria are few notable discussion area.

In pilot project the tool sales person provide all necessary support. But while automating a piece , It is better  to take help from somebody who knows the tool or the language.Sales pitches are often misleading.

There is a big myth around automation that test automation is real easy and simple. This is due to super cool sales pitch from the tool’s sales team.But all we need to understand all testers can not develop automation and it is as good as development task.
The second big myth or misleading information is “commercial tools are way expensive”.

To minimize the cost often organizations go for free tools and develop their own. Use scripting language like perl and ruby. Use shareware tools or do not go for automation at all. But in reality the cost of the tool is 3 to 10% of the total testing cost.

So the pilot project will be more favorable to reputable and established creators/vendors as they are less vulnerable to fad driven ,24*7 support availability , But open source products should also be considered.

Development team can play an instrumental role during pilot project. Also major success for automation depends on the relationship between developers and testers. Pilot Projects are right place to make this nexus. 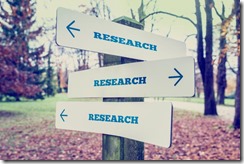 Testcases should be outside of the test tool. Use of Quality centre, OATS or some repository for this purpose. In this case even your pilot fails the testcases can re reused for other pilot projects. Only the controls and wrappers need to change.With every successful testcases,mock the testcases via automation as far as they are realistic.Remember tests may be run over several other platforms.
While doing a pilot project, we are suppose to provide the best tool for our customer or for our organization. Test tool selection should be based on:

So create a score card and provide number may be 0-10 scale and then compare which suites to your need.Benefits of using commercial tools:

It is essential to keep the testers out of pilot as much as possible. Create distinct roles for automator and testers.
Documentation is another important aspect to look for. Tools documentation helps the test engineers to understand better.It reduces the training timeline by expediting the knowledgebase. FAQ page could be another great idea to understand the common pitfalls and how to get rid of those.
validate few data conditioning test while doing Pilot project.Date testing and screenshot capture testing should also be there in the pilot project checklist.
What is very important while doing pilot is to maintain stakeholders updated , to meet their interest and support with report.

The pilot report should be publish as early as possible. Frequency matters!!!. So be prepare for sending report.
UI level tests are very unstable , fragile ,expensive to maintain. Hence automation must look out for an alternative to carry out in some other way. Like-API testing. While piloting a project,automators must look at the feasibility to introduce API testing. 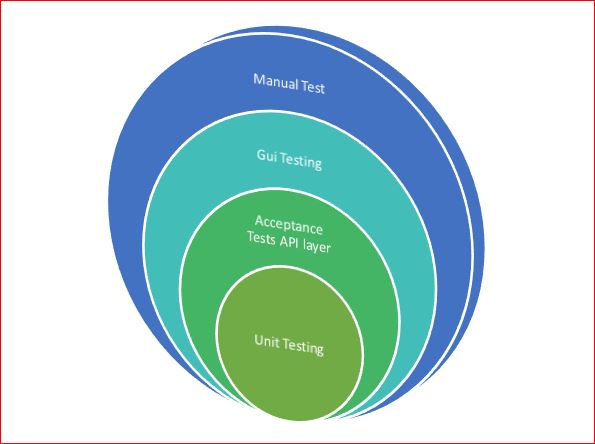 Pilot A Test Automation Project From an automation stand’s point, unit testcases are very important assets. They are very easy to develop and can execute in few seconds. While piloting, we must target such testcases , which will give not only speed but also confidence. But smaller GUI automation success , expectation and enthusiasm become high(uninformed optimism) with this mostly the initial scope is forgotten. The new scope become larger,technologically more complex with the initial timeline so pilot project engineers need to be very careful about the expectation.
While piloting a project there might be one more scenario that is migration (from one old tool to new one). It is always better to pick up fresh or new flows for piloting rather than picking up faulty flow. I encountered such a situation. What I did , I did not pick up the flows which were faulty or were running fine with old tool.

I supported all new features and testcases with new tool and slowly migrated the old flows to new one. It is always said that don’t change it until it is broken. I obeyed the same. My old testcases were running in old system where as the new testcases were started running in new tool.

For each approach we take to introduce automation needs an explanation to management. We need to be clear why I am choosing a tool, language,cost and most importantly the ROI. Always remember management support for automation is one of the prime factor for successful automation.A realistic objective , provided sufficient time and a appropriate team will surely achieve the desired ROI. Introducing automation to an organisation is great but always keep all the stakeholder updated about the fact that it is an automated way of testing not automatic testing. Scripts can only do any testing what is already coded but can not cover new functionality development.

One thought on “How To Pilot A Test Automation Project?”

10 Amazing Benefits Of Being Self-employed

17 Excellent Psychology Tricks That Will Work On Anybody